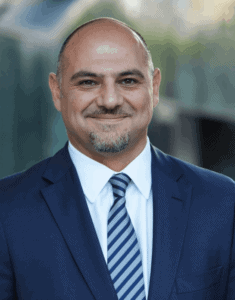 Over the years, we’ve received thousands of questions regarding child custody. Here are some of the most common questions. If you need more assistance, call Los Angeles divorce lawyer Hossein Berenji for a free case evaluation. We will answer your questions and advise you on a strategy to help improve your chances reaching a fair custody agreement.

What Can the Court Not Consider When Determining Custody?

When making a child custody determination, the court may not consider the following factors:

How Does a Child Custody Hearing Work?

After being served, the Respondent can file a response using a Responsive Declaration To Request for Order: FL – 320. The Respondent must then file and serve those papers pursuant to C.C.P. 1005 (b), which states that “All papers opposing a motion so noticed shall be filed with the court and a copy served on each party at least nine court days, and all reply papers at least five court days before the hearing.”

While the exact steps differ per case, certain events may occur if the parents cannot reach a settlement. First, the parties will go to court. At this point, the court will assign a hearing date. The initial date given by the court is more of a placeholder. When the case is actually heard depends greatly on the complexity of the case. If the matter involves experts, multiple witness, and extensive discovery, the hearing might not take place for a significant period of time.

The next phase typically involves discovery. The discovery phase could involve a 730 custody evaluation, depositions, and pursuant to C.C.P. § 2025.220, that you produce personal documents relevant to the action at the time of deposition. Examples of personal documents often requested includes, but is not limited to, calendars, emails, and financial statements.

This phase can be stressful, as California Code of Civil Procedure § 2017.010 allows for discovery of anything, not protected by privilege, that is “that is relevant to the subject matter involved in the pending action or to the determination of any motion made in that action, if the matter either is itself admissible in evidence or appears reasonably calculated to lead to the discovery of admissible evidence.”

Whether you’re the respondent or petitioner, you should consider hiring an experienced child custody attorney to assist you.

Pursuant to California Family Code § 3170 (a), in the event of contested custody, the court shall order the parents to mediation. The purpose of mediation is to resolve the contested issues, minimize hostilities between the parents, and fashion a custody order that is in the child’s best interest. The mediation must be set within 60 days of the court making the order.

Meet with an attorney before attending a mediation session. Technically, mediation is confidential and private. However, you do not want to inadvertently say something that could hurt your custody case if you are unable to resolve the dispute during mediation.

Does the Court Consider the Child’s Age When Determining Custody?

If the child is 14 years of age or older and wishes to address the court regarding custody or visitation, the child shall be permitted to do so, unless the court determines that doing so is not in the child’s best interests. In that case, the court shall state its reasons for that finding on the record.

Other factors beyond the child’s age include:

Do Courts Have a Preference for Either Shared or Sole Legal Custody?

In Los Angeles, the courts will generally order that the parents share joint legal custody, unless:

What Factors Weigh in Favor of Joint Custody?

Custody orders are supposed to be based on the following general policies:

Thus, in Los Angeles, the courts will generally award joint custody unless there is some reason not to.

What Factors Weigh Against Me in Obtaining Custody of my Children?

You may not be awarded custody if any factors exist that suggest that being with you would endanger a child’s health, safety, or welfare. For example:

If allegations have been made against you or if you are concerned for your child’s safety, speak with a qualified family law lawyer today to find out what can be done.

Does the Fact That I Work a lot and Barely See My Kids Hurt My Chances of Joint Physical Custody?

It might. The quality and quantity of time that you spend with your children are both important.

One important factor will be whether your children are neglected when you are not with them.

All these questions are potentially important issues you should discuss with an experienced Los Angeles attorney.

Will My Children Be Asked to Testify During a Child Custody Hearing?

California Family Code section 3042 allows a child who is 14 or older to tell the court what custody or visitation arrangement the child would prefer, unless the court determines that it would not be in the best interest of the child to testify.

What if my Ex-spouse Lies During our Custody Hearing?

A judge will not necessarily believe allegations that one spouse makes against the other. As a result, judges in Los Angeles often order an evaluation in order to get at the truth.

The evaluation may be conducted by mental health professionals including:

Can my Ex-spouse use my Social Media Posts Against me in a Child Custody Battle?

Possibly, depending on what you’ve posted. For example, a post that suggests that you’ve engaged in binge drinking, drug abuse, drunk driving, or other dangerous behavior could strongly influence a judge not to let you have physical custody of your child.

Can a Child Visitation or Custody Order Be Modified?

Yes. California Family Code sections 3022, 3087, and 3088 provide that child custody and visitation orders may be modified while the child is still a minor and whenever modification is “necessary or proper” and in the child’s best interest.

Because the State of California has a strong interest in the welfare of children, parents cannot agree in advance that a child custody or visitation order may not be modified. Family court judges will not enforce such an agreement.

What is the Procedure for Modifying Custody and/or Visitation Orders?

To make sure they are not forgetting anything, parents may wish to fill out the Child Custody and Visitation Application Attachment. This optional form covers details like:

The parent requesting the change will need to explain why the change is necessary. The parent may propose a specific parenting plan for the judge to consider.

At the hearing, the other parent may simply oppose any change or may suggest a different change.

Once the judge makes a decision, the judge will sign a court order either granting or denying the requested change. In some courts, the clerk of the court or another staff member will prepare this order for the judge. In other courts the person requesting the hearing will be responsible for preparing the order for signature.

What are Grounds for Child Custody Modification?

As children grow older, their needs and activities will normally change. As a result, parents may wish to modify a custody order in response to these changes every few years.

In ruling on a request for modification, a judge will focus on the best interests of children – not necessarily the best interest of the parent. Custody and visitation arrangements will only be changed if those changes are good for the children.

What Do I Have to Establish to Modify Custody?

As discussed above, you will need to show a significant change in circumstances. Also, the change – or the response to the change – must affect the children, not just the parents.

The person seeking the change has the burden of presenting evidence to show that the change of circumstances warrants a change in custody or visitation. Simply saying “it would be better for the children” generally won’t be sufficient.

Following are some examples of changes in circumstances that may justify changes in custody or visitation:

What if I Don’t Want Custody or Visitation Modified?

If you feel that a change in custody or visitation is not justified and would not be good for your children, you can make your feelings known at the hearing before the judge. To make a strong case, you should be prepared to present evidence, including the testimony of witnesses familiar with your family situation.

For example, you may wish to call as a witness a psychologist or therapist who works with your child, other family members, or someone from your child’s school.

Can We Just Agree to Change Custody and/or Visitation?

Sure. In fact, it will probably be better for the children if the parents can work things out on their own.

You can find out more about custody mediation here.

You can find a directory of family law facilitators for your county here.

If parents agree on the modification, they simply need to submit their agreement to the court and get the judge to sign it. Once the agreement is signed, it will need to be filed with the court.

However, often times parents have a difficult time resolving custody and/or visitation issues. If you are struggling to resolve these issues, or if your ex-spouse has already hired an attorney, call our Los Angeles office to speak with a qualified family law attorney immediately.

Where Can I Learn More?